If you are new to this series all the images are based on recent photos of me after basically being fed through a neural network (which can change age, gender, etc.), then edited and painted using various programs. None of the people actually exist, and thus they are like self portraits from alternate universes.

This is another diptych, like my last piece, below:

While, in the prior work I blended the two panels into one image, this time I kept them separate because the techniques are too dissimilar: one is similar to a pastel drawing, and the other thick oil impasto. You can see this very clearly if I put a detail of each side-by-side: 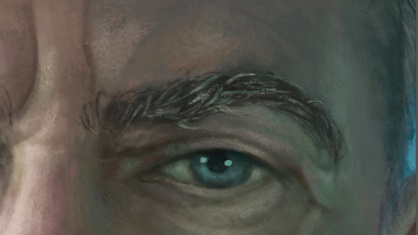 In this case I chose to juxtapose them, rather than integrate them.  As with the former image, the impasto side references the more painterly side of 20th century figurative art, most notably Francis Bacon and Frank Auerbach. That would be rather obvious to people who know their modern art, but also immediately separates these selfies from millions of others that are blissfully unaware of art history, and just aspire to being Facebook fodder. There are many more reasons they are different, but this makes it instantly apparent.

There’s also something to do with pairing two different styles in the same image. It goes against a certain grain of artists being required to work in only one style, their signature style, so that it can be easily branded and marketed as a commodity. This works fine for many artists, but I’m more in the camp with people like Picasso, Max Ernst, David Hockney, and many others (both famous and unknown) who like to experiment with multiple approaches, synthesize the results, and create hybrids. Not only are there 2 styles within one piece, there are multiple styles in this series. In fact, it’s very difficult for me to work in a series (which is essential for getting ANY recognition) because I am a relentless experimenter. But this series allows me to tie them together around the subject of a self-portrait.

[For more details on the right-hand side, see this post.]

In #28 it might seem like the girl is the model and the painting is of her. In this one, one could say the same thing, but it’s somewhat more likely that the representational image is the artist, and the painting his (partly because it’s true-ish more, in that I am closer to the older version of me than a younger female version). Besides that, the two sides show nearly opposite approaches. One is realistic and struggles to achieve fealty to appearance in terms of subtle details of shading and anatomy. The other is all about the medium of paint, and suggests rather than illustrates a visage.

As far as I know, nobody else have figured out how to do this sort of vigorous impasto painting digitally. Even if I were to share my specific technique, you still need a painting background and appreciation of this kind of art to do it. No, the machine doesn’t do it for you. Also as far as I know, nobody has explored digital impasto as much as I have, and this is just one of my techniques.

Here are some details: 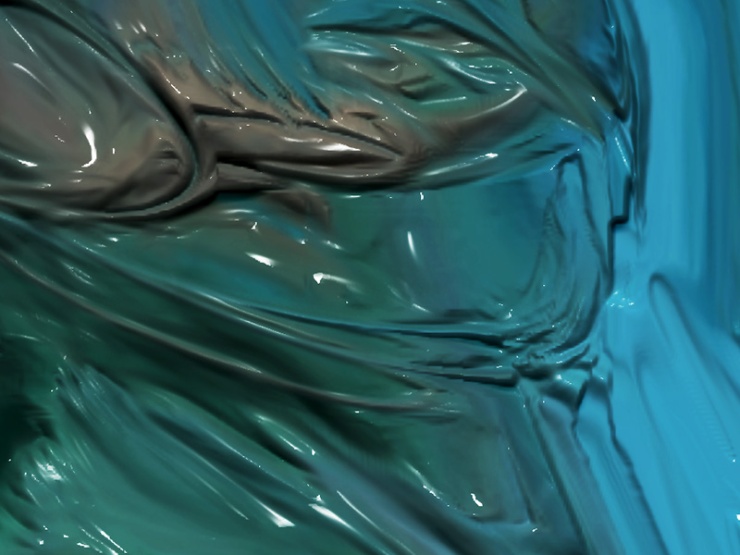 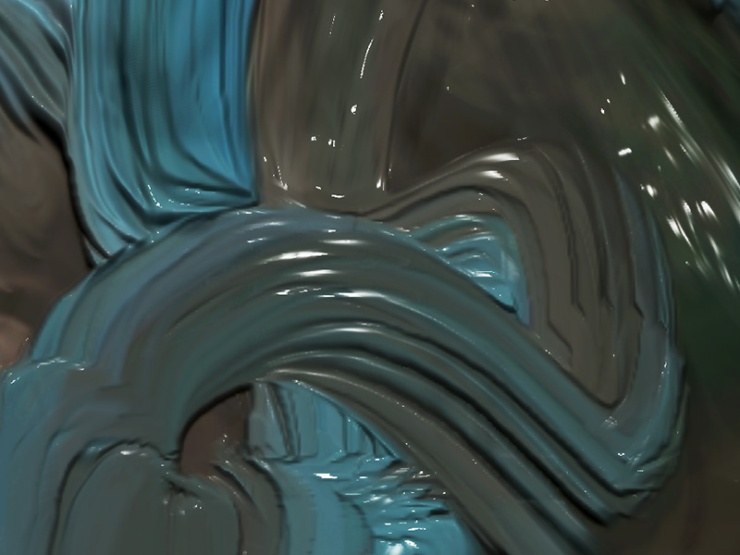 I like the light, airy, crisp quality of the realistic image. The gradient of the sky-blue background works well, and matches his eyes, He could be indoors or outdoors. He’s got a calm sort of dignity about him, despite looking a bit haggard and perhaps poor (he’s just wearing a T-shirt). Likely he’s the “starving” variety of artist, which is also a bit too close for comfort. The left side has a frenetic energy and really gets into the blue-greens, especially in the thicker paint at the top.

I intended this as a complement to the last piece, and I think it does that well.

Hmm, I haven’t put just the two realistic heads side-by-side before. Let’s see what that looks like:

I’ll probably do some more diptychs, painterly or otherwise, but I’m planning something a little different that you haven’t seen me do yet for my next one.

And another note on using the self-portrait. A superficial reaction would be that it’s restrictive and closed because it only applies to one person, and is only about one person. I think I’ve blown the walls out on that one by creating all the different people and NEVER including myself as I am. But beyond that, self-portraiture addresses the individual and the relation to oneself, and everyone is an individual. Thus, while seemingly an isolated subject, it is really an inescapably universal one, especially if the subject keeps shifting into different lives and circumstances. One could see this series as a psychological and philosophical investigation of identity and existence, rendered in a new medium and incorporating stylistic and technical innovations to do so. Or one could dismiss it out of hand as shallow narcissism and just pushing a button on a machine. So far the latter perspective prevails.

Here’s the whole series so far in a slide-show.

Or you can see them in a thumbnail gallery. Just click anywhere inside to go into the screen-show mode. 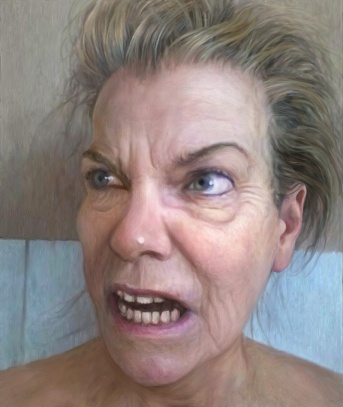 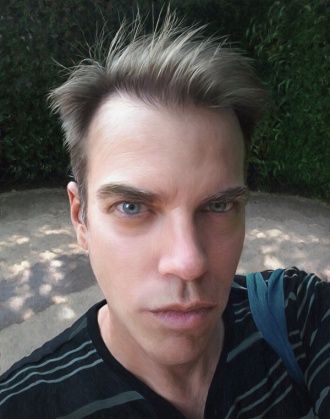 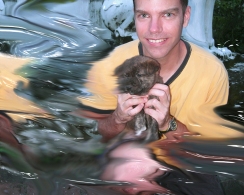 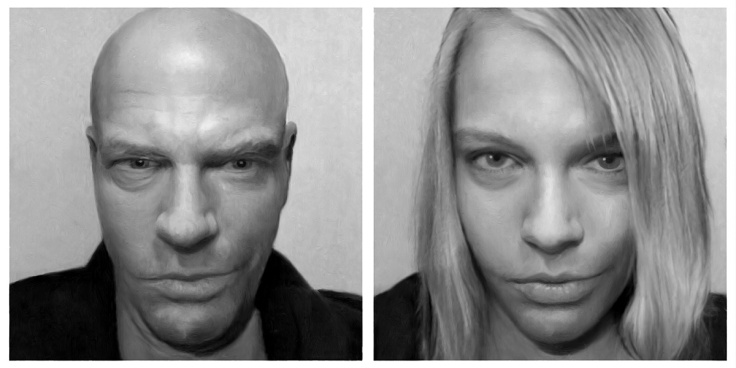 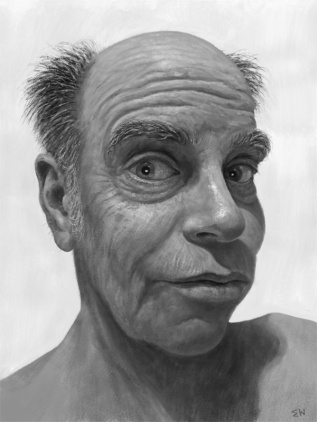 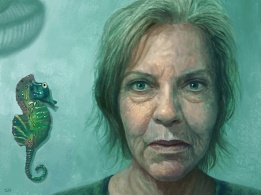 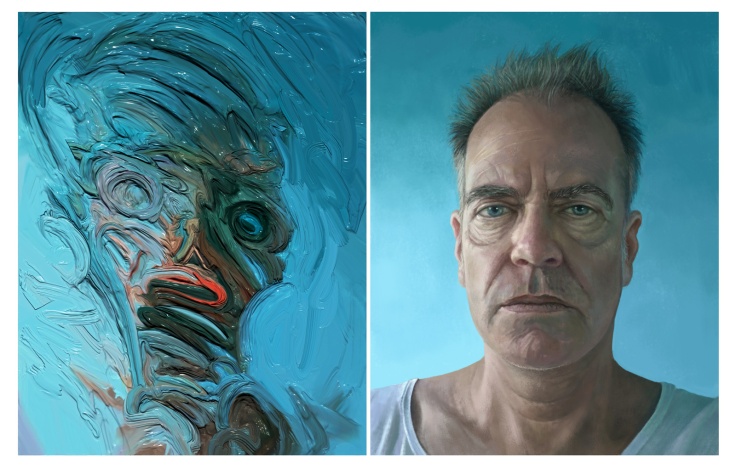 And if you like the (experimental) sort of art that I do, and you don’t want me to have to quit or put it on a back-burner, please consider chipping in so I can keep working until I drop. Through Patreon, you can give $1 (or more) per month to help keep me going (y’know, so I don’t have to put art back on the back-burner while I slog away at a full-time job). Ah, if only I could amass a few hundred dollars per month this way, I could focus entirely on my art and writing. See how it works here.