This photo makes me angry.

I haven’t seen or suspected anything could be this delusional in the art world since Jeff Koons claimed he improved upon old-master paintings by affixing a gaudy, blue gazing ball to assistant-painted copies of them.

It’s not just that Schnabel had the arrogance to curate his own work next to a Van Gogh self-portrait, but chose to dwarf it. Bigger art does NOT make better art, it just makes more profits off of people who are dim enough to buy art by the square foot.

There’s a new phenomenon in the art world where celebrity artists get to curate their own shows. Schnabel got to re-work the Musée d’Orsay in his own image. Sure, sure, it’s OK for artist’s to curate shows. The problem is putting themselves in them.

I need a basin for the rare occasions when I decide to see what’s become of the art world. Among many other comical problems, it’s producing megalomaniacs.

Not only did Schnabel attempt to make Van Gogh’s art look diminutive next to his own rather crude portrait (no, painting over broken plates glued on canvas is not better than painterly impasto because thicker), he had the temerity to pose in between them.

It’s just agonizing to look at this. Even if an artist thought he was a living master who would stand the test of time — in my estimation Schnabel’s over-inflated art has 0% chance of holding interest more than a century after his death — he wouldn’t opportunistically present himself as such in the very present. That kind of astounding arrogance, especially when most probably utterly delusional, is not a characteristic we associate with genuine artists.

Additionally, he did the same thing to Basquiat in his movie about him. There’s a scene where Basquiat has an existential crisis of self-worth while visiting Schnabel’s studio, and his small, hunched-over body is dwarfed by 2-story high Schnabel, machismo, neo-Expressionist paintings.

Can you imagine Van Gogh himself, in his lifetime, placing one of his paintings next to a Rembrandt, and posing between them?!  There’s nothing to indicate he saw himself that way. He struggled to be taken seriously at all, meanwhile dozens of his neighbors signed a petition to have him removed from the community as a worthless pariah. And in Van Gogh’s case, his paintings ARE worthy of hanging next to a Rembrandt.

So here we have one of the richest artists who ever lived, posing next to one of the poorest (certainly of any we’ve heard of), and presuming his own sincerity, as reflected in his art, is greater.

We have an artist whose inability to sell anything in his lifetime (except one painting) was undoubtedly a factor in his suicide, and we have an artist so astoundingly wealthy and smug, that he can curate a show and place himself front and center.

Schnabel reminds me of the people who go around touting themselves as enlightened. If they were, they wouldn’t do that. And an artist who claims, like Koons or Schnabel, that he is on par with the best artists who ever lived, surely is not.

Schnabel’s success, like that of Koons, or Hirst, or many other big names, is at least 90% due to stupid luck, nevertheless these individuals credit it to their own towering genius. In their defense, I think this is a common human weakness of the mind, such as royalty actually believing they are somehow above normal mortals, and the 0.001%ers believing they either earned it the hard way or somehow otherwise deserve it, or mostly deserve it.

Allow me to give a musical analogy, because for some reason people are much less stupid about music than art. Imagine Jon Bon Jovi — who sold over 130,000,000 albums, and is one of the world’s best selling musical artists — curating a concert, and playing one of his songs after a performance of, say, a Beethoven symphony. Bon Jovi turns up the volume on his speakers and the sound of the first notes dwarf the climactic bars of the Beethoven symphony. Bon Jovi poses next to a bust of Beethoven for a publicity shot.

Nobody, including Bon Jovi, would take Bon Jovi seriously as equal to or better than Beethoven just because he made a shit-load of money and sold more than 100,000,000 records in today’s market. The idea is ludicrous.

And so it is with Julian Schnabel. I have no problem with contemporary painting or Neo-Expressionism, but Schnabel has always struck me as a “B” artist with A+++ promotion, as in his paintings never quite hit a home run aesthetically speaking — despite his having every advantage monetarily, and in terms of opportunity — but seek to. While Van Gogh just gets better as I get older, Schnabel just gets more dreary, the more-so because his paintings are consistently outstripped by his colossal ego.

As evidence of the latter, I offer this photo he posed for:

Which we are not supposed to draw a parallel with: 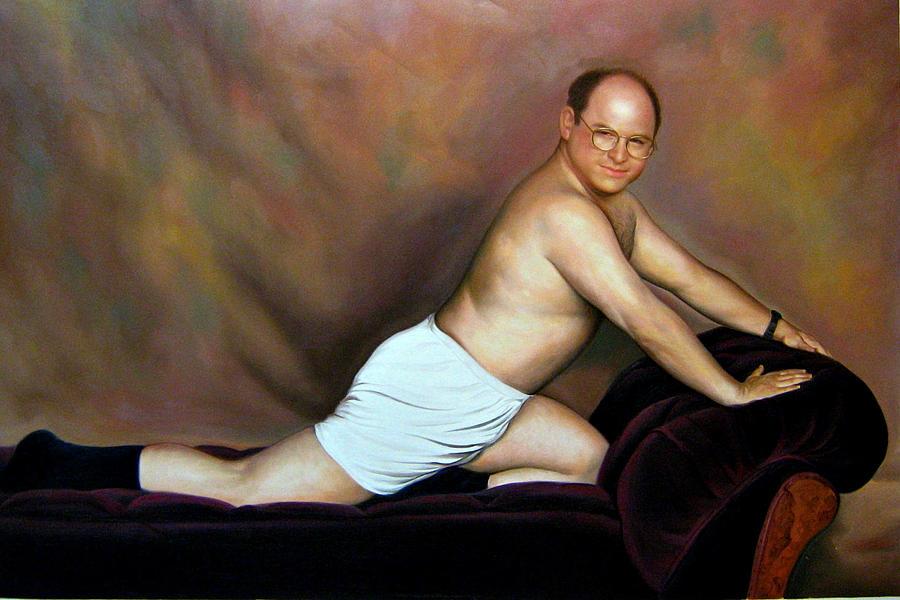 And here is a Van Gogh: 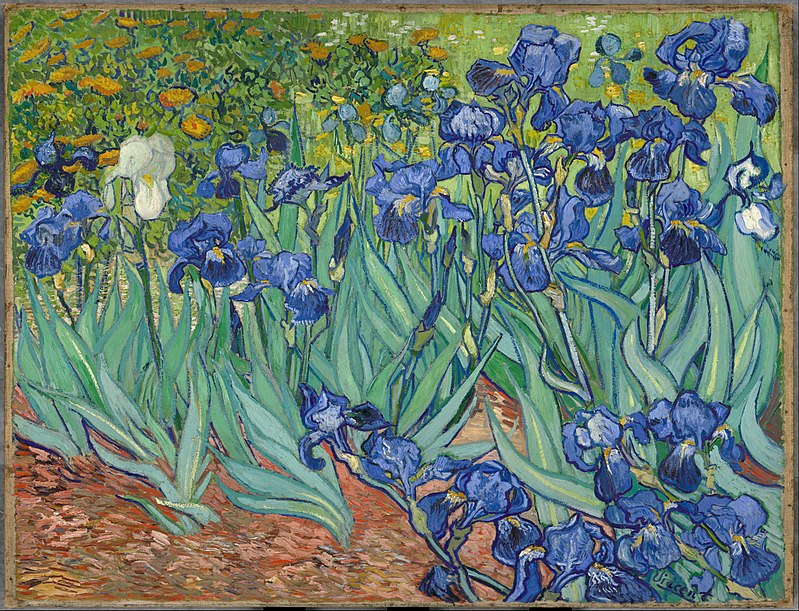 The critical difference is the number of colors employed, and how they work. Schnabel seems to have used just two, green and magenta, if you discount black and white. Further, he did a blockbuster show of 20 of these paintings, all of which only use those 4 minimal colors.

They may seem impressive at first, like all of Schnabel’s work, but the impression wears thin very quickly. You’d think an artist with all the time and money at his disposal to do a tribute to one of the greatest colorist in art history, would bother to F’ing study the artist’s use of color, and at least try to do some justice to it.

Using just 4 colors to trump a Post-Impressionist (not that any label other than “Van Gogh” suits “Van Gogh” is an astounding over-site).

Schnabel had a grand show at Pace Gallery of this one spare contribution, which is that broken plates, when painted green, kinda look like real leaves. But in order to achieve shading, Schnabel just used black (the worst novice mistake), and the result of black and green is a kind of army camouflage effect. Van Gogh would be horrified by these misconceptions of his own art.

Oh, it’s UGLY! The least we can ask of visual art is that on close examination it isn’t visually ugly.

And yet, Schnabel thinks he’s out Van Goghed Van Gogh. And the gallery ins’t embarrassed to present this pretentious schlock?

Excuse me while I slap my forehead.