We humans are really flubbing this new decade. It’s moving a little beyond just being insulting and enervating. Now it’s starting to hurt. Above you can see the prognosis for the next 5 days in terms of pollution where I live, juxtaposed with a close-up of the SARS-CoV-2 virus, which causes the COVID-19 disease.

The reason there’s so much pollution in this part of the world right now is the burning of sugar-cane crops. We’re on our 4th consecutive month of unhealthy levels of pollution:

The burning season started early this year, and it shows no sign of going away. Usually only the North is seriously effected, but now it’s the center of the country as well. Note that I no longer talk about where I live specifically, because, well, one has to be careful what one says, lest one be labeled as “fake news” and punished to the full extent of the law.

Let’s just put together a couple facts here. 4 months of serious pollution in exchange for more sugar. A quick search reveals nearly 1 in 10 adult citizens here have Type 2 Diabetes. So, I guess two wrongs make a right here. It’s worth compromising our health in order to get more sugar in our diets. Obesity is also well on the rise.

Meanwhile, it was a month ago I first wrote about the “coronavirus”. At that time there were about 4,500 cases of infected people in China, and 65 in the rest of the world. At that time someone who preferred to remain anonymous commented on my blog:

These new strains of cold and flu viruses made good headline news and induce mass panic, but they die out quickly and the mortality rate is not usually more than a few hundred people. SARS, mad cow disease, bird flu etc. all caused the same mass hysteria and exaggerated media coverage – this is just another needless panic over something that will probably be forgotten about in a few months time.

Unfortunately, I appear to have been right. I ended my article at the time with this thought:

This is a case where I definitely don’t want to be right, nor to be able to say “I told you so”. I’m hoping my logic is failing me, and I’ve lost my toehold on reality.

I can console myself that my toehold is secure.

Whether one believes the virus originated in the seafood market, or as an increasing number of presumably legitimate news sources are postulating, it may have originated in a nearby lab that was working on biological weapons, the reason it is now teetering on a global pandemic is sheer corruption, incompetence, self-serving greed, power-mongering, and cumulative asininity. Despite the WHO’s initial fawning and genuflecting at China’s brilliant handling of the situation, it’s now common knowledge that not only did they conceal information, then punished doctors who tried to get the word out, and made them confess their sinful mistake.

Now the whole world is paying the price, in terms of health and economics. And while China is reporting that they’ve managed, through draconian measures, to fight back the virus, in which case everyone can go back to work, the only people who trust those numbers are either the ones crafting them behind closed doors, or those who are in cahoots.

And as I’m faced with unhealthy levels of pollution for an extended period, I’m starting to lose my patience with the conservative science deniers. At this point I can’t stand the conservatives or the liberals, both of whom will ignore facts and do all sorts of intellectual acrobatics in order to avoid facing reality. I’m having to choke down this crappy air in part because of the widespread conspiracy theory that science is wrong, which is designed to create doubt and prevent the mass of humanity from forcing our corporate masters to stop polluting for short-term personal profit. It’s driving me crazy that every conservative I come in contact with, either in person or via the media, is a global warming denier, which is also a science denier. It’s time to admit that if you question climate science, which is overwhelmingly agreed upon within the international scientific community, and by the most rigorous standards, you have an issue with science itself, and are in league with anti-vaccers (60% of whom are liberal), or if you prefer, the religious right who opposed teaching evolution in schools. The climate change deniers like to say they are open-minded and skeptical. Yes, the anti-vaccers, flat earthers, and anti-evolution people can say the same thing about their anti-science fantasies.

On the other end of the spectrum I have to be pelted with the inanity of the indoctrinated radical left, who can’t handle that a baby is born, in the overwhelming majority of instances, with either biologically male or female reproductive apparatuses. I’m with them when they say that people aren’t defined by gender. Note here that sex is biological, but gender is all the cultural assumptions projected on people because of their sex. In short, someone can be born female, but what it means to be female is much more subjective and variable. One can identity with whichever gender, or anything in-between, regardless of ones biological sex. You are not bound by your anatomy at birth, but it is what it is. You can’t be born with male genitalia and conclude that you are biologically female. That’s just one of the issues where the left refuses incontrovertible science. I’m far less concerned about that than the overriding “social justice / identity politics” narrative and agenda, which keeps trying to tell me that I am everything wrong with the world by virtue of my anatomy (even if you can change your sex, when it comes to targeting the scapegoat, you are absolutely defined by your DNA at birth, hypocritically enough!).

Hint. If you find yourself arguing against science, it COULD be a sign you’ve been led astray by some serious hokum. Tread lightly.

I asked my girlfriend why virtually all conservatives are all global warming deniers, while they might be quite sensible on a whole array of other issues. She cracked it. People identity with a group and find a sense of belonging there. If one of the core beliefs of that group is bunk, than the whole edifice is compromised. That actually makes pretty good sense. I’ve noticed something every similar on the left. There’s a lot about who one believes, and if you disagree with this or that overarching conclusion, than you are going against your teachers, civil rights leaders, the noble races and their exalted heroes. Just to contradict a few of the fantasies of the left: the gender pay gap is exaggerated to the point of mythology; college rape culture doesn’t really exist; working class white people are not privileged; and more white than black people are killed by the police each year. The strategy of the far left– conscious or not —  is to take something that is true to a small or even tiny extent, magnify it, and then insist it is absolutely true across the board [ex., while there are undoubtedly rapes on college campuses, in my college experience through an MFA I never encountered a single male who expressed any interest whatsoever in raping someone, in which case I don’t believe college males are part of some ubiquitous rape fraternity.]

Nothing against people that beliefs any of this stuff, but, it’s getting kinda’ old, and when stuff has been more than adequately refuted, it might be time to update one’s beliefs. And, as always, I’m sure I have my own working beliefs that are fallacious, but which I just haven’t discovered yet. Only recently, because of the corona virus, did I learn that viruses survive better in the cold. I’d though hot, humid conditions were the ideal environment. Apparently, I was flat out wrong about that until weeks ago.

You may be reaching independent thought when you don’t speak for anyone else but yourself; nobody has your back; you don’t fit into any group; nobody wants to claim you as one of their own; and when you say what you really believe you risk pissing off everyone. Or you could just be crazy.

I’ve run out of time. I set a timer for 60 minutes, and made the graphic and wrote this in that time. 2020 is off to a really bad start, and we need to get our shit together. I’m annoyed because I’m trying to do well, but I can’t go swimming, I’m at risk of a dangerous disease, and am otherwise paying the price for other people’s assholery, corruption, greed, incompetence and stupidity. Cosmic justice, I bid you, let me fall on my own sword instead of impaling me. If I’m going to die of health problems, at least let me go out downing beers, wolfing down pizzas, and playing video games.

I’ll stick out my neck again and make a prediction. If it doesn’t turn out that heat stops the spread of the virus — note that I live in a HOT country, with projected daily temperature over in the mid 80s to 90s Fahrenheit this week — than reason inevitably concludes we will have an epidemic here. If we don’t, I will happily admit that I was wrong. I am hoping that the miracle so far that we have just a few dozen infections here — despite no bans on travel from China (unless they banned outward travel on their end), or anywhere else, and receiving the most visitors from Wuhan in January — because it’s too damned hot for COVID-19. If that’s true, than I think we will escape the epidemic.

It’s 2020. Science called. It’s time to answer the phone and listen to what it has to say about viruses, global warming, vaccines, biology, and the rest. We can adjust our beliefs accordingly, and perhaps a new group of modestly more enlightened individuals will arise that we might align ourselves loosely with (the so-called “intellectual dark web” is a bit of a contender). This doesn’t mean science explains or is always permanently correct, but it does rise above superstition, think-tank fodder churned out from the fossil fuel industry, disinformation, propaganda, postmodern philosophy, conspiracy theories, identity politics, and utter bullshit. Questions revolving around art, philosophy, the spiritual, and subjective content may be outside of its purview (viruses, the climate, and biology are well within the are where science should be respected as the ultimate authority) 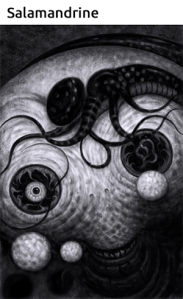