“Leonardo’s” Salvator Mundi is a FAIL Forged by an Apprentice

The Salvator Mundi, a portrait of Christ attributed to da Vince and sold to the highest bidder as such, is in the news again, now because it hasn’t arrived for a blockbuster da Vinci show scheduled to open in about a week. I’m more perturbed that people take this painting seriously.

“for me the most compelling reason to believe in the painting is neither scholarly nor scientific: it comes from its sense of profound spirituality that is conveyed from artist to viewer across 500 years.” ~ art historian and dealer, Robert B. Simon

There’s a competing compelling reason to not believe in the painting, which is that it sucks. The very best bits are only plausibly passable as the real deal, and the shortcomings are outstanding.

I don’t know all that much about Leonardo beyond what I learned in my survey of art history courses, so don’t know whether he drank alcohol while painting or not, but if the Salvator Mundi is really by him, it’s a drunken master painting, and not in the good sense.

It’s also the highest selling work of art in an auction, going for $450 million, which would be an astounding bargain if you consider just one of Jeff Koons’ designer set of hi-polished chrome Balloon Dogs sold for over $58 million, and it’s hardly stood the test of decades of time. The painting was sold to the crown prince of Saudi Arabia, and if it really is a bad Leonardo, it’s still a steal, but I strongly suspect it belongs with the 20 other known variations of the work by Leonardo’s students and followers, in which case it’s a rip.

There’s some possibility that in the process of restoring the painting, it got botched, and thus is a highly compromised and misleadingly poor painting by the great Leonardo. What, you may ask, sucks about this painting, and who am I to assess it?

It just so happens that I’ve recently completed over 30 portraits (which makes me a complete amateur, but a practicing one) and was working hard on one last night, so I am highly attuned to all the really difficult aspects of the getting the anatomy and proportions correct, which I always struggle with. This painting manages to fail at the same higher-level of difficulty portrait problems that plague the portrait artists of today. I do remember something about Leonardo looking at cadavers and making rather scientific drawings of insides of people, in which case I presume he was very thorough in his analysis of anatomy and technique for rendering it.

These famous drawings come to mind: 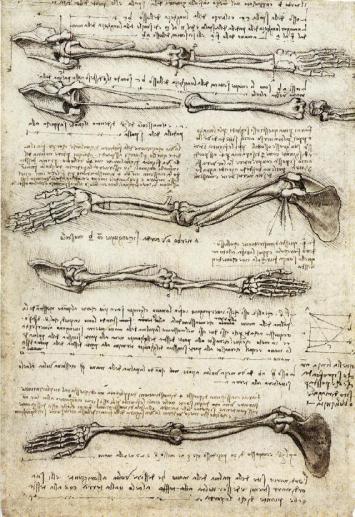 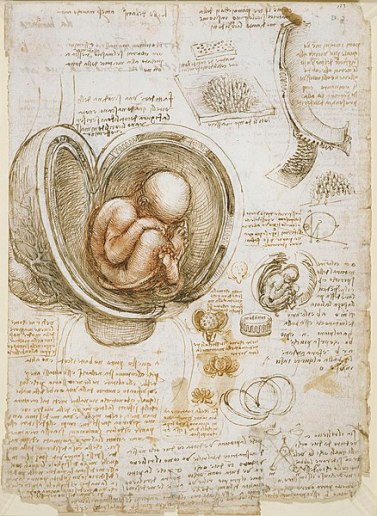 This photograph is issued to end-user media only. Single use only. Photographs must not be archived or sold on.

Curiously, This is Leonardo’s Only Straight on Portrait

It’s easier to do a straight on portrait than one at an angle because in the former case each side of the face roughly matches the other. If you were to look at his Lady with an Ermine of a decade earlier, he’d easily conquered the much more difficult challenge of rendering the model, and the ermine, in three quarter view. This is why we admire him.

With a straight on portrait any half-clever artist — let alone possibly the most brilliant of all time — would know they could trace one half the face and place it over the other to see if their proportions were horribly awry, in which case they’d fix it. Not this time! You can see how different the left and right sides of the face are if we mirror them, below:

If we overlap them at 50% — which incidentally also shows that he put the figure smack dab in the center of the canvas [innovative!] — we can see how easily it would have been to measure matching areas for the main features, which the artist didn’t bother to do. 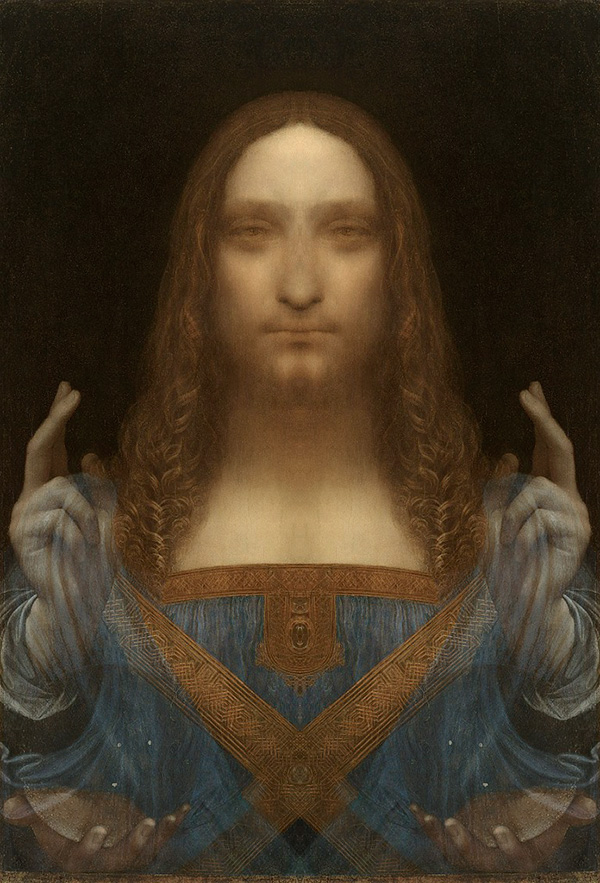 It’s one thing to have beginner mistakes, but beginner mistakes that can be corrected with beginner cheats? If it’s not obvious how whoever is responsible for this painting botched the face, keep reading.

The Eyes of Christ Are Wonky

It’s hard to get eyes to correspond to each other correctly, with the pupils looking in the same direction, and capturing the roundness of the ball of the eye, etc… It’s the type of thing where you just keep looking at it and trying to figure out what’s not quite right, coming back to it, making changes and changing them back, etc… Here’s a couple digital paintings where I remember really struggling with the eyes. 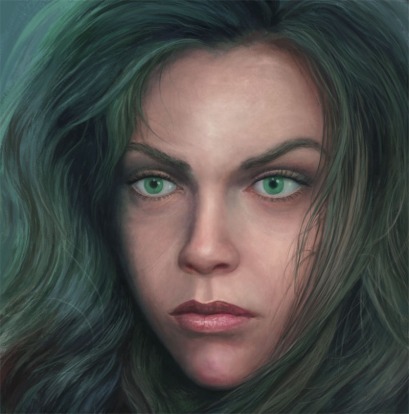 I’ve improved modestly since these portraits, and now I can see a few conspicuous problems. But I didn’t botch it as bad as the supposed Leonardo, and I’m not even a blip on the radar of this year’s virtually unknown artists of some interest, let alone on the historical stage.

The left eye is too high up, too far from the nose, and too small, relative to the right eye. Unless the savior was a chameleon, I don’t know why his right eye is looking off in the distance, up and to the right, while his left is looking at us. Maybe there was a delicious fly. If you can’t easily see it, let me ad some visual aids. You can look at the diagram below and scroll back up to see the unfortunate proportions without the overlayed lines.

I think any professional artist would have made sure that in a full-on frontal portrait, one eye wasn’t higher than the other. You wouldn’t want to make the son of God’s eyes looking cross-eyed, wall-eyed, or otherwise potentially comically afflicted. Would Leonardo have done better considering he may have painted it for King Louis XII of France and his consort, Anne of Brittany?

There’s the skill necessary to render eyes correctly, which Leonardo had. And then there’s just having an eye to see when something is not at all right, which he undoubtedly had. The struggling apprentice who made this painting, IMO, didn’t even have the eye to catch egregious mistakes.

And Then There’s the Nose

Noses are another really tough one, and you can scroll back up to those two portraits of mine to see if you can see my shortcomings in rendering the nose. [In my defense, other than for the series in question, I’m NOT a portrait artist at all.] But this supposed da Vinci? Woo-wee that’s bad nose. 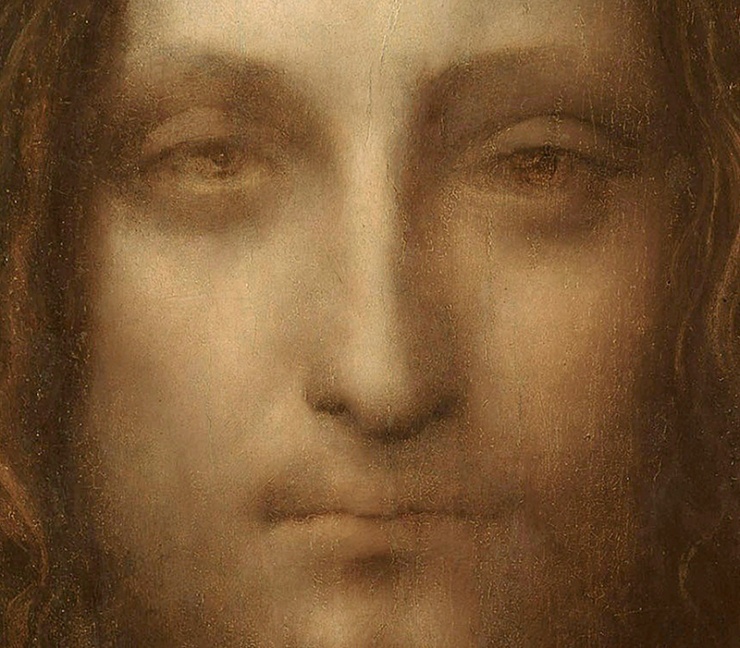 It’s way too long, too straight, and too flattened (which also allows the fledgling artist to not have to deal with rendering nostrils, either on the inside or outside).  Look at the outside of his left nostril, and how short it is vertically. That’s a weird nose, Jesus. It’s also made of Playdo and is pushed to the subject’s left. Leonardo does, stylistically, exaggerate the length of noses, but compare the Christ painting to his Portrait of an Unknown Woman, from 1490-96:

It’s a much more convincing nose, and the inside of the nostrils are hidden because she’s looking down, but better suggested than in the front Salvator Mudi. The Christ has a comparatively bulbous tip of the nose, which is merely the artifact of making it look that way to mask not being able to render nostrils front on. Which brings us to the mouth.

You can just look at the pic below and assess the rendering of the mouth yourself. 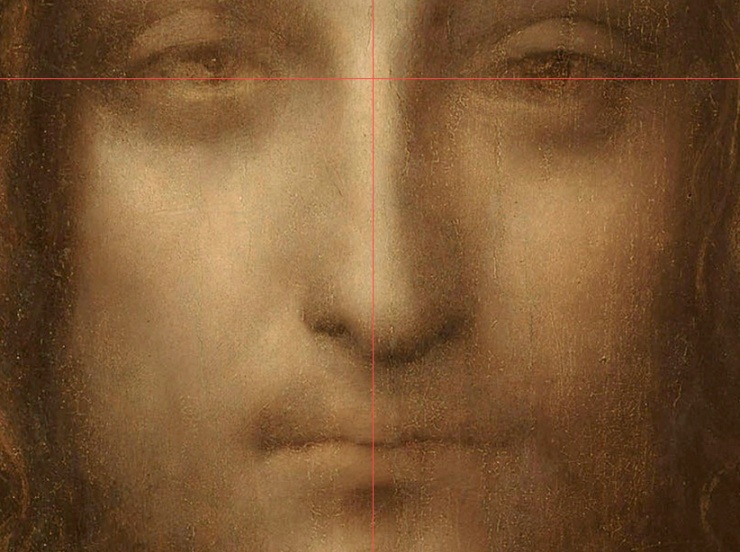 Your can clearly see in this straight on portrait, again, that the nose veers off to Christ’s left, relative to the bridge of the nose, and the mouth. It’s narrow for his head, but Leonardo tends to stylize his figures that way. I’m having a lot of trouble with those lips. The upper lip seems too indented and flat, and the whole mouth is a little beak-like.

There’s more about the the plate-shaped sphere, and the unconvincing fabric folds on the shoulder, but, I think I’ve gone into detail about enough examples third-rate rendering.

The $450 million Salvator Mundi painting is surely in the style of Leonardo, but everything is fudged to look like Leonardo’s work, but riddled with beginner mistakes and plagued by an untrained eye. I didn’t address the neck, but scroll up and notice how it’s just suggested. Leonardo wouldn’t take vagueness as a shortcut when he could render things much more exactly.

I could be wrong, of course, in which case da Vinci isn’t as good of a portrait artists as I’ve always thought (and I’m not as bad as I think), but I strongly think this is a period fake, a faux da Vinci, or apprentice work. I just can’t believe an artist of his caliber would bungle the saviors eyes, especially after doing superior portraits prior to it.

If this were the case, why are some art critics convinced by it? They aren’t practicing visual artists and aren’t as attuned to the level of difficulty different aspects of anatomy and rendering pose. I love music and could have been a music critic with enough training (not necessarily one of any distinction), but without being able to muddle through a Paganini violin concerto myself, I might not realize when something is just too easy for a virtuoso to flounder over. Or, for a more direct analogy, a Chinese calligraphy artist is going to be much better able to detect a phony or wannabe attempt than I am.

It can’t be a real da Vinci. I can’t even look at those eyes without cringing.

A spokeswoman for Christie’s, which auctioned the painting, attested:

The attribution to Leonardo was established almost 10 years prior to sale by a panel of a dozen scholars and was reconfirmed at the time of sale in 2017. While we recognise that this painting is a subject of enormous public opinion, no new discussion or speculation since the 2017 sale at Christie’s has caused us to revisit its position.

I’m quite certain nothing I say would change their mind in the slightest.

And if you like my art or criticism, please consider chipping in so I can keep working until I drop. Through Patreon, you can give $1 (or more) per month to help keep me going (y’know, so I don’t have to put art on the back-burner while I slog away at a full-time job). See how it works here.