What is a successful artist?

Hope you don’t mind if we just cut through all of the avalanche of bullshit, right to the proverbial bone. This is something I figured out when I was 18, but somehow there seems to be a cloud of confusion around the topic.

To best address this, I’m going to go with an analogy. Let’s pretend “enlightenment” is a real thing. I don’t wanna’ get off topic, but, I’m an enlightenment skeptic. Enlightened gurus of late are making Catholic priests look good. There’s not one of them that I don’t think is a fraud, especially OSHO, and his fleet of Roll Royces.

Still off-topic, but, what does an enlightened guru have to show for himself or herself? What evidence is there? Why do OSHO’s paintings suck? Well, I suppose they aren’t that bad for lyrical watercolor abstractions, or weren’t before he scrawled his ostentatious signature on top of them. Behold: 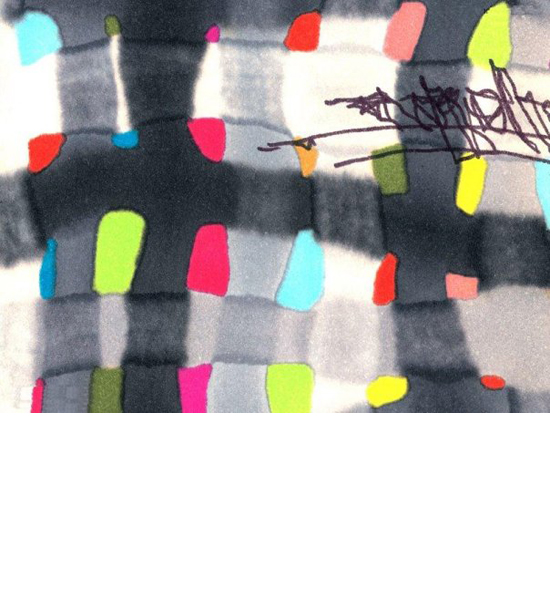 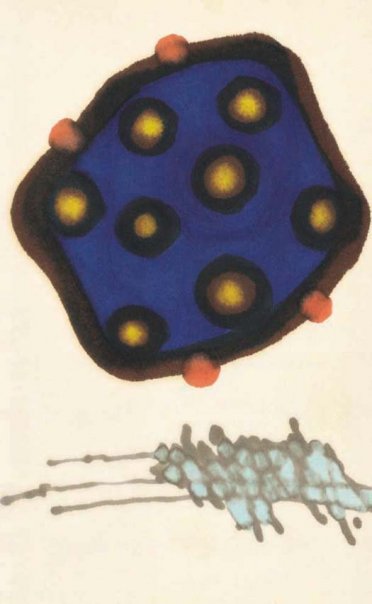 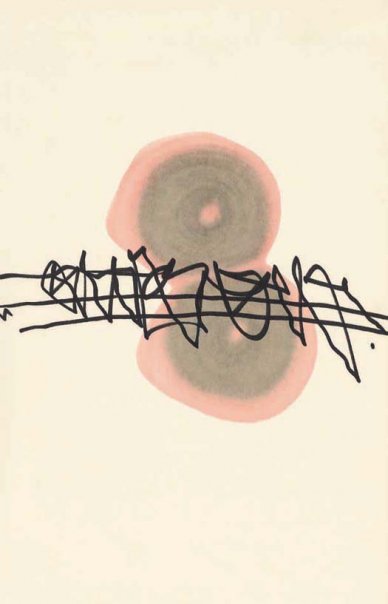 You get the idea.

Note to aspiring artists. You don’t need to be enlightened to make good art. In fact, ironically, you might become so egotistical about your state of egoless-ness that you will consider your signature a work of art.

Why does Eckhart Tolle charge so much for his resort seminars? Even a 4-hour live stream costs $99. Below, from his website:

WHAT A SAVINGS! How come when someone becomes enlightened it instantly turns into a business? Apparently, money is both the root of all evil AND the elusive spiritual nectar that nourishes the soul of the transcendent master.

If I thought people could really become enlightened, I’d most likely be in pursuit of it myself. But there’s only one guru I’m remotely confident isn’t a fraud, an partly because he just gave talks for free from his own home. If you want to save money on Eckhart Tolle merchandise, just download a free pdf of Nisargadatta Maharaj’s “I AM THAT”. Everything Eckbart prattles on about can be found there, before he repackaged it for bored housewives with disposable income.

OK, enough about that. For this mental exercise, let’s do the whole willing suspension of disbelief thing, and for the sake of argument entertain the thought that enlightenment is a real thing.

According to various literature, enlightenment is, to put it in my words, a higher level of the evolution of human consciousness. There’s awareness, which animals have, and then there’s self-awareness (which is the ability to contemplate that one is aware in the first place, and even write books of philosophy about the predicament), a.k.a. consciousness. Enlightenment is to self-awareness what self-awareness is to mere awareness. It’s another exponential level of being awake (not to be confused with being “woke”, which means to buy into quarter-century-old, academic, post-modern, critical theory, hook, line, sinker, and worm). Instead of being self-aware as a person, one becomes self-aware as the totality, as if your consciousness moved out of your skull and spread to the metaphoric corners of the universe. You’ve ceased to identify with the part, or be the partial, you are now the indivisible whole. First the person becomes conscious, then the universe becomes conscious through the vehicle of the person, who was indivisible from it to begin with. Something like that.

Would you rather be enlightened and just able to make ends meet, or be rich, famous, and widely admired for being enlightened while actually being a poser?

The first option is intrinsic value, and the second is extrinsic. One is your relation with the cosmos, reality, and the core of being; and the other is how people perceive you and how you are celebrated and rewarded in society.

Well, if you were truly enlightened, if such a thing were possible, you wouldn’t need any riches, accolades, fame, and the like. That would all be frivolous bullshit. One of the standard symptoms of being enlightened is that you accept whatever happens unconditionally, without preference. So what’s all this preference for luxury? What good would all that recognition and material wealth be worth unless you were stuck on a lower level of awareness and couldn’t break through to the next level of consciousness?

Again, I don’t believe any of these contemporary gurus are enlightened. No sir! Not a one! Mostly they just seem like people who want to be worshiped as as the golden child, and to make a mint off of it.

However, if enlightenment were really possible, yeah, I’d rather be enlightened and drive a nondescript used car (I don’t even have a car) than be a fraud with 90 Rolls Royces.

Back to art. There are the same two kinds of success: intrinsic and extrinsic. The artwork could inherently be in itself a success — perhaps a stunning visual manifestation that realizes a personal vision. On the other hand, it could be mostly derivative or shallow, but nevertheless sell for the highest prices and get the most write-ups.

I’m sure you can all think of the obvious examples, but I’ll trot them out anyway.

OK, OK, I know it’s low-hanging fruit, but what else do you do with low hanging fruit besides pick it? I said this is super obvious stuff, or that was supposed to be the implication of me figuring it out when I was 18 anyway.

This late painting by Vincent is a clear visual realization and manifestation of a uniquely honed private universe. One of the startling effects is that a blazing sun, light, and heat are all captured in thickly encrusted physical medium. Aside from other canvases by the same artist, never had light been so powerfully conveyed, nor paint heaped on so densely. The physical and the immaterial are fused so that the transcendent dimension is as palpable as the physical pigment. Through a feat of artistic alchemy the inert becomes luminous. Would that the enlightened gurus could paint such radiant light, and all that might represent.

But when Vincent painted this, he had next to zero chance of selling it or getting any recognition. As we all know, only one of his paintings was sold in his lifetime. Intrinsically speaking, this painting is an astounding success. Extrinsically, the man’s entire artistic career is an abysmal failure, and a humiliating succession of kicks in the teeth.

Damien Hirst is responsible for the production of over 1,000 “Spot” paintings almost entirely executed by hired assistants. Each sold for between $53,000 and $1,700,000. A thousand paintings multiplied by a million dollars a pop would come out to a billion dollars. Just one of the formulaic, uninspired, one might even say insipid grid, dot wall coverings trounces Van Gogh’s entire career. And that’s just one of Hirst’s strategic gimmicks in the high-stakes art game.

The paintings say precisely nothing about the artist or the human condition. There is no personal touch, not interpretation of anything, no content, no vision, but just the sparest elements that could be conceptualized as qualifying as forming a painting. The real art is the gimmick and the underlying scheme, including a strategy to make a billion dollars and produce a prolific (on paper) oeuvre containing over 1,000 pieces. The paintings are artifacts of a rather cynical, but very clever, and successful, attempt to game the system of the art world. Since Duchamp declared a urinal a masterpiece of sculpture, and people took the bait, successive waves of artists have sought to take the shortcut to art history by outsmarting the presumed stupid common man. The goal is not to make art that will earn oneself a place in art history, but rather to insert oneself directly into the dialogue surrounding art history, in which case one’s meaningless artifacts are elevated to priceless masterpieces.

If an alien species were to come into possession of the Van Gogh Sower painting, they could learn a lot about us, and they’d at very least know that we were conscious, we interpreted and represented our reality in a visual language, we raises and harvested crops, and we knew about the celestial body that is our sun.

If the aliens discovered one of Hirst’s dot paintings they’d know that something, not necessarily conscious, employed a formula to place colored flat circles on a rectangular surface, possibly for the purpose of rudimentary design. Because there is no composition, nor significant or meaningfully coherent aesthetic choices, they might not think it was art at all, but perhaps some sort of mathematical model, a bill or receipt.

When it comes to intrinsic success, Hirst’s dot paintings were dead on arrival. if anything, coming out of the Duchampian tradition, they smack of anti-art and the refutation of visual representation as a form of communication. They are mute objects that deny meaning and gag visual language.

Extrinsically they are a monumental success, each stupefyingly bland rejection of visual intelligence worthy of an ordinary person’s entire livelihood.

One of these kinds of success matters, and the other is gilded bullshit on a platinum platter. While there’s no evidence of the enlightened guru’s realization of universal consciousness, with artists we actually get something to see that is a manifestation of their realization of at least their personal, individual consciousness. An inherently successful artistic image is a frozen vision, and in the best cases a slide of the artist’s consciousness and an encapsulation of his or her lived experience, understanding, imagination, and orientation to the universe. In this sense, as far as a future civilization or aliens are concerned, art (in the broad sense) is the best evidence of our richly complex minds and internal universes.

The extrinsic success of an artist is virtually indistinguishable from that of the fake guru, the pre-packaged pop star, or the business tycoon. The most valuable aspect of art is going to be something that is unique to it, not something that can be had, and better, in an array of unrelated ways.

3 replies on “What is a successful artist?”