This is the 2nd piece in my new series. If you are one of my perspicacious fans, you’ll have seen this before, but it’s a larger, revised, impasto version, which will be more evident in the close-ups. The original is below: 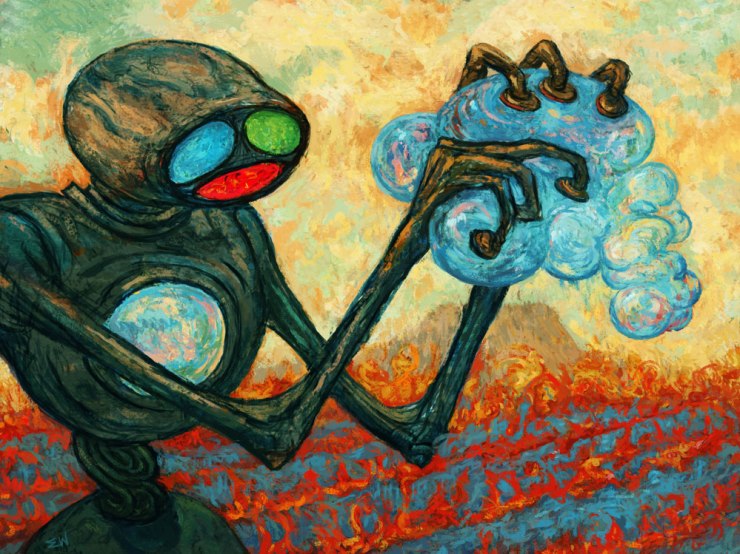 I could have probably done with just touching up the original, but I wanted to test out converting my pastel drawing technique to impasto paintings (digital, of course). If you prefer the original, that’s fine. It’s not going anywhere. I think it’s more raw and expressive.

The real difference is in the details, plus some changes to the fingers… 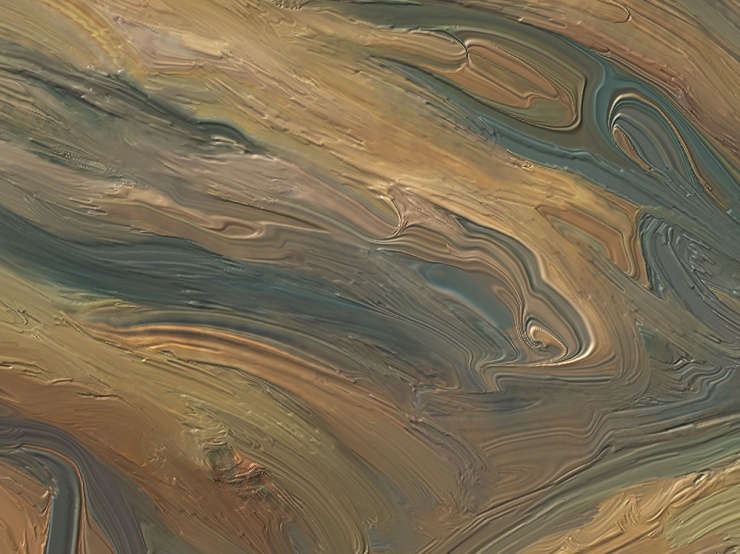 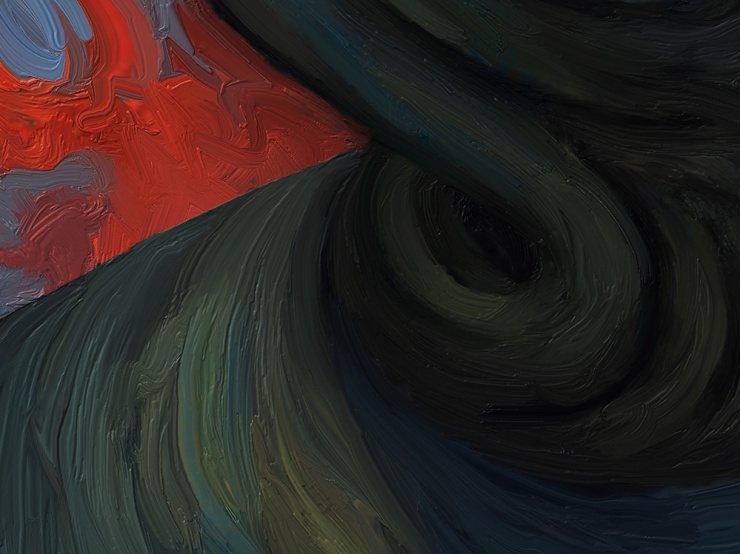 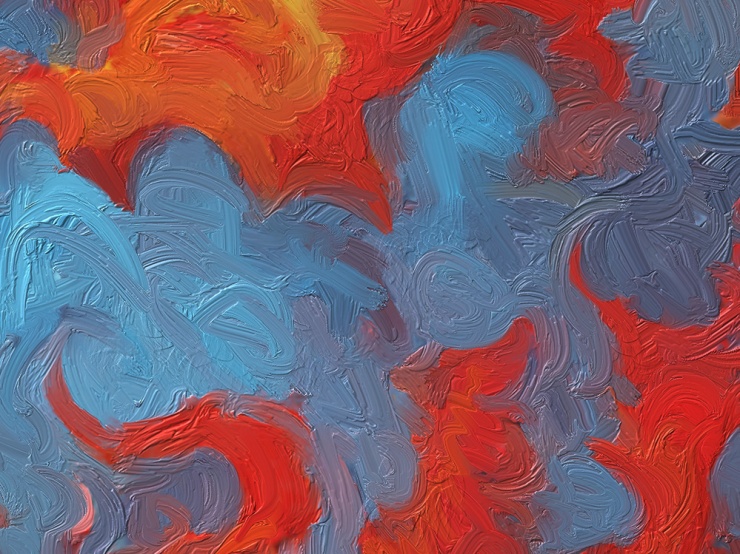 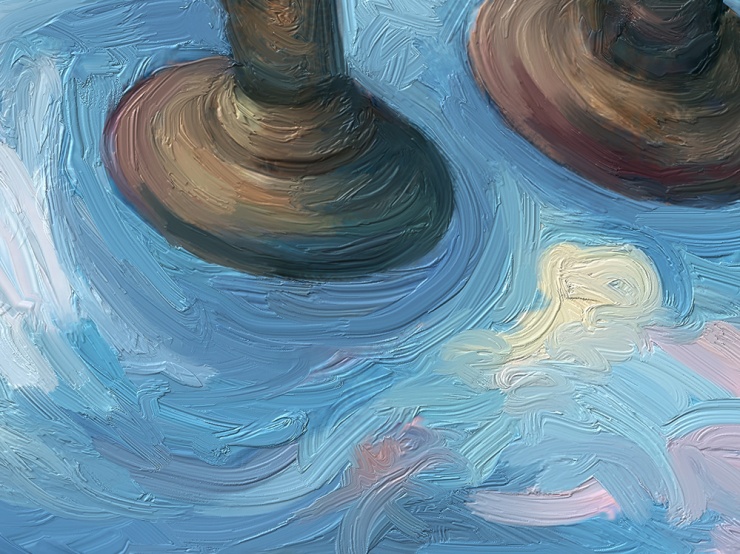 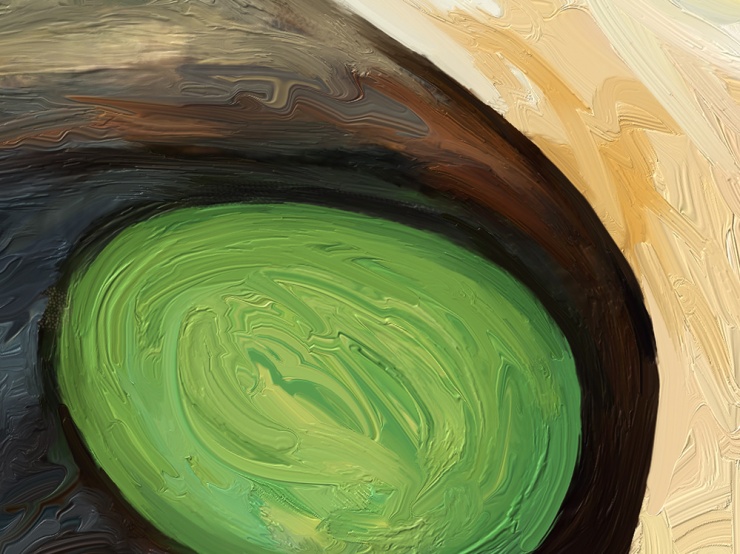 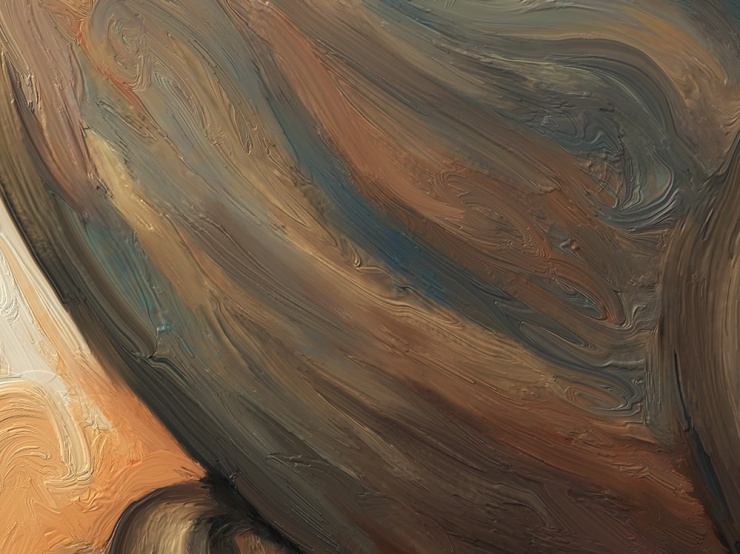 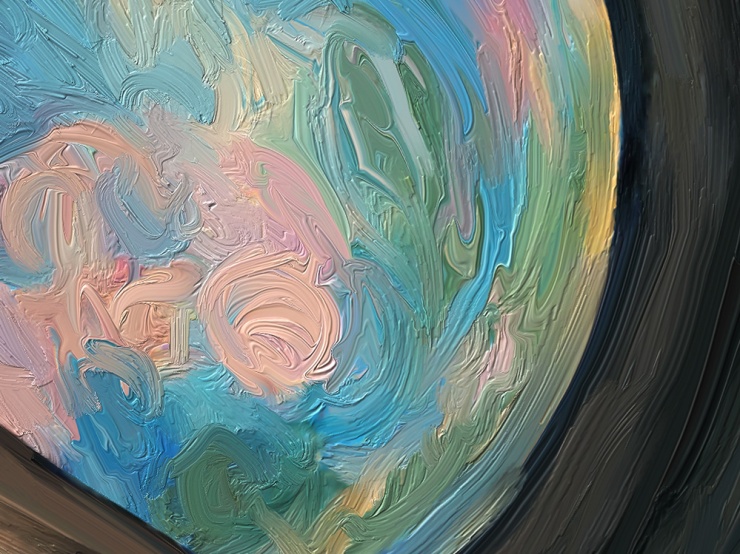 This is a difficult and not efficient way of working, but I keep returning to it anyway. I’m talking about the digital impasto. I’m leaning more towards my pastel technique, which I work on zoomed out mostly. Here, I’ve got to zoom in for all the details, and what looks good up close doesn’t necessarily when you look at the whole thing (one looses the forest for the trees). I’ll do some this way, because I continue to try to crack the perfect recipe for doing it. There’s no tutorial on how to do it, because it’s something I taught myself, and I have different techniques and combinations of techniques using different programs.

Moving forward, if I want the impasto to be a significant element, it needs to be more visible completely zoomed out, and not just a pleasant surprise for people who see the image printed out large. Maybe. We’ll see.

This is a series I THINK I may actually pitch to appropriate art venues (the kind that show figurative art, surrealism, sci-fi, and the like).

There are at least a half dozen images I’ve already done that I just need to touch up, as I’m constantly improving, and so I can fix some small things. If I’m gonna’ try and get these shown anywhere (we’re talking online, here), they need to be fairly polished and professional looking.

Here’s the last piece, if you missed it, which was just using B&W and one brush in PS, working from the imagination without premeditation: 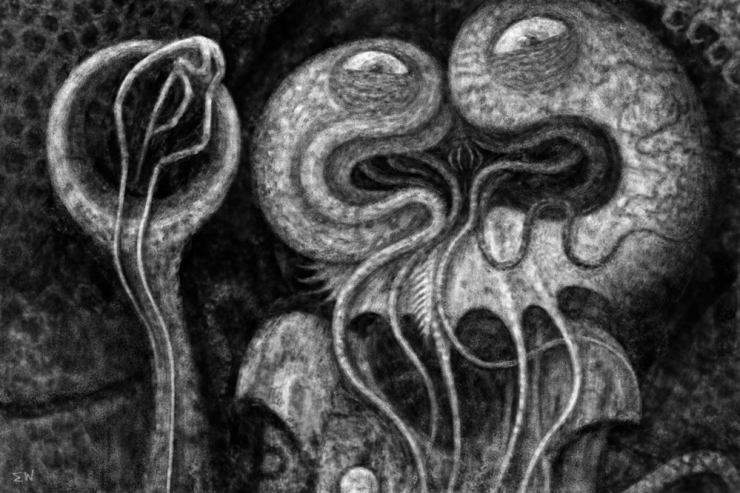 The reason I think this series MIGHT pass the audition is because it shows imagination, and skill, and is obviously done by hand.

I also think it’s a good complement to my “Selfies From Alternate Universes” series, which I think will bleed into this one a bit. Sure, sure, people will want to dismiss this work as sophomoric sci-fi pap, but the aliens are nearly always metaphors for humans, and I’ll definitely be trying to infuse “humanity” into some of them.

The “Martian Soul Harvester” is obviously based on the Martian in the 1953 film version of “War of the Worlds”, which was probably the movie that most impressed me when I was a kid. I changed the Martian, but the tri-colored eye is unmistakably a reference to that film.

If I continue this series, and as planned, I’ll probably include some movie aliens here and there, but mix it in with my own creations.

I will also probably still be continuing the SFAU series, switching back and forth with this one.