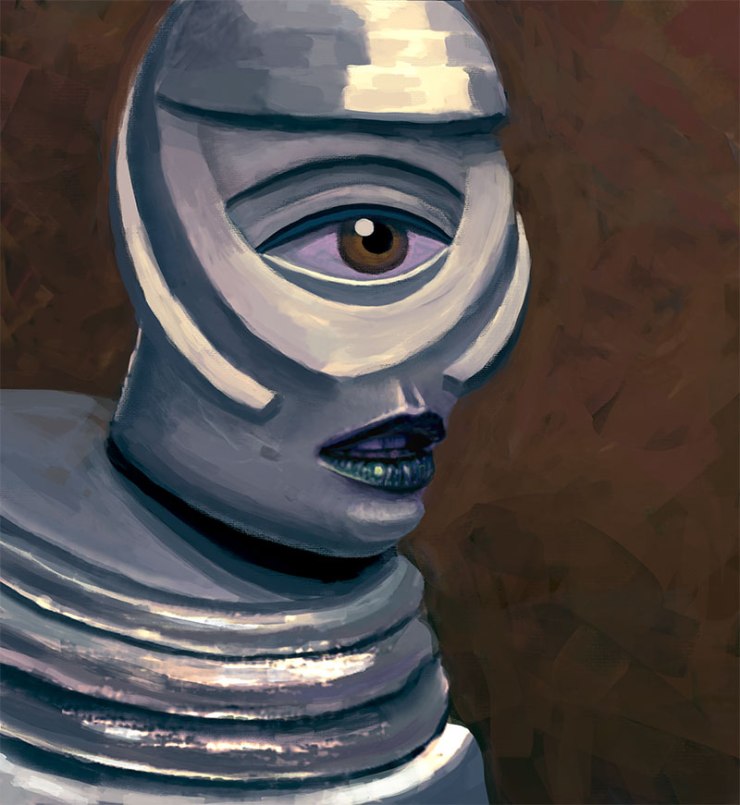 The idea of a speed painting is to do it as fast and efficiently as possible. This is my first attempt. Probably took me about 3-4 hours. maybe a bit more. And it’s not really finished, but close enough. Oh, yes. this is digital. I don’t think you can work that fast with analog mediums. And normally I work quite slowly, and I generally churn out about a piece a month (and a few unfinished or abandoned attempts). Trying to pick up my pace and do digital painting in a more, uh, conventional manner as applies to technique. Right now I’m focusing on my rendering skills, especially lighting, shading, and modeling.  This is practice, which is also something I’m not big on doing. I usually attempt full blown works or nothing.

I could improve it, but in the spirit of speed painting, I’ll leave it a bit rough and move on. Oh yeah, and the guys who normally do speed paintings don’t do stuff that looks like Picasso or George Condo. They do babes and hulks and dragons and whatnot. Nevertheless they are extremely proficient at their process (the best of them anyway) – I’m talking about concept artists and illustrators.

Seems like either an artist has all the skills (talking specifically about image makers here), and lacks originality, or has lots of originality and lacks the skills. I’m trying to hit home with both, and busy upping my traditional skills.

Expect some aliens and spaceships coming up. Just a theme I think I can get into, so I can focus more on rendering, and less on subject matter for a spell.