Awakening Upon Death of the Bride of the Creature (Revised)

I revised details on this one last night and this morning.

The technique is the culmination of my digital paintings methods, and now I’ve switched to a more drawing-oriented style. It incorporates a lot of techniques that I developed myself, though doubtlessly others have made similar discoveries, as there are probably tens of thousands of people whose daytime job involves digital paintings and illustration. Even so, I haven’t seen anyone else do anything similar, and I think that may also explain some of the unpopularity of this image. People like the familiar, and appreciate artists who show adeptness in a preexisting style. Sometimes I can’t get into this piece myself, and it was only after working on it for a few hours again that I fully got back into the groove of what I was doing and why I thought it was worth doing.

As for the image, on one level it’s an interpretation of one of my favorite movie monsters: The Creature From the Black Lagoon. I made a female version, as in “The Bride of Frankenstein”. She’s been shot, which was the fate of the original creature. She seems to be floating, partly submerged, in water, and staring wide-eyed at us. She looks petrified. I doubt people look at it or ponder it long enough to notice these things. There’s a stillness in the pool of water in her mouth, behind her sharp teeth (Note: the original Creature of the Black Lagoon had no visible teeth). This stillness suggests death, non-breathing. She is still threatening with the outstretched clawed-hand, but it’s as if frozen in place.

The shock on her face is the mysterium tremendum upon crossing the threshold of death and peering into the azure void. Aldous Huxley defined the “mysterium Tremendum” as:

The literature of religious experience abounds in references to the pains and terrors overwhelming those who have come, too suddenly, face to face with some manifestation of the mysterium tremendum. In theological language, this fear is due to the in-compatibility between man’s egotism and the divine purity, between man’s self-aggravated separateness and the infinity of God.

I don’t know if anyone else has addressed what happens to the Creature when it dies. And I think when you look at the image with those things in mind, it starts to transform. This image is very similar to some of my other works, such as the Alien Autopsy, and Death Dissolution and the Void.

And here are some details at “actual pixels” resolution: 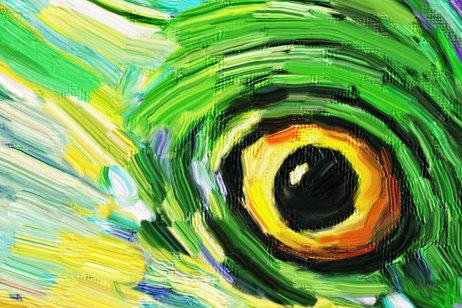 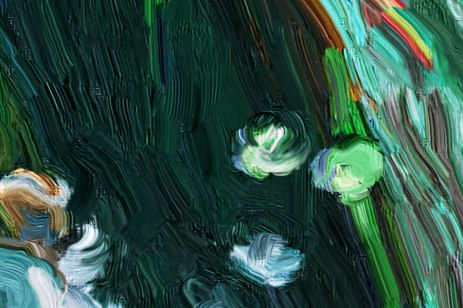 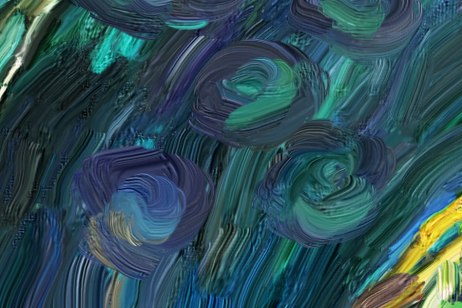 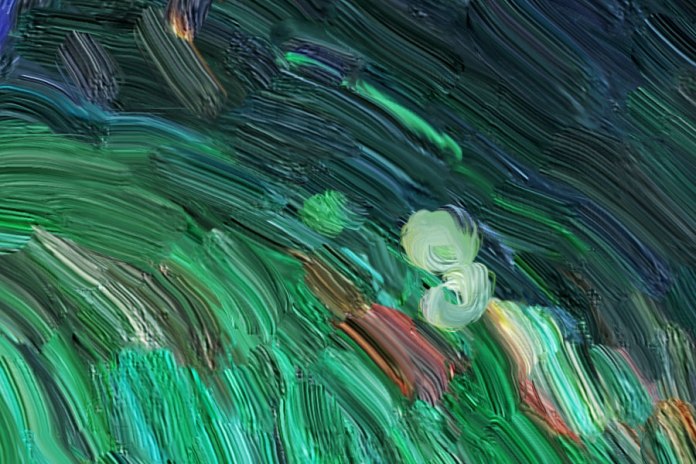 You can get this on a mug, because, well, I thought it would cool on a mug.