Death, Dissolution, and the Void

Started in 2003, completed in 2006, and touched up in 2012, this may still be my most ambitious piece, and the one I’ve worked the hardest and longest on. As the title suggests, this represents my attempt to depict crossing over to the other side. Essentially, I’ve attempted a digital rendering of something like an after-death experience.

The image is much larger than it appears on screen and some details can’t be seen clearly, or at all, in the reduced version.

I probably couldn’t have gone about making this in a less practical or efficient way. I started with just an idea – to depict a rather psychedelic crossing of the threshold of death, and the existence of a back-door reality which is much more profound than everyday existence. I figured I could render an approximation of it in PhotoShop with enough perseverance. I started with just a photo of myself, duplicated it, and incorporated some of the key elements: the spirit, the void, and a dividing field between the two realms.

People will have different reactions to this image, and different interpretations, but I’d like to offer a guide to interpreting it as I intended it. The image illustrates a process which can be read as moving in stages from the left to right, which also works as back to front. [Note that to get a really good feel for this image you can focus on the ball on the right as being far above the figures, and then look down at them from that vantage point. Admittedly it makes me a bit uncomfortable to do that, and I generally prefer to appreciate the image on the level of surface beauty.] In other words, the image doesn’t portray an instant, but a timeline (ex., there are not two heads but just one in different stages of disintegration).

On the left side of the image is a figure merged into an amalgam of all materials which is cracking and folding over on itself as it approaches the center barrier. I see this as the end of physical dying, when the mental ability to interpret the material world atrophies, and thus the material world along with it. Material can’t cross the center divide, and the person’s corporeal existence is shed as he passes through a dividing plane or membrane, in a process of shuttling through layers of dimensions.

You can see left of the center of the image a stark division between the material and immaterial dimensions, and something like a force field, layer or membrane intersecting them perpendicularly and separating them. The layer has a hole where the person is crossing through, causing a temporary tear in the fabric of reality (for lack of a better phrasing), and ripples in the surface of the immaterial realm. Something biological and blood-like – a last vestige of bodily existence – is splattered along the ripples.

The second head is no longer material at all, an image as on film, floating briefly on the surface of the intersecting layer, and only lasting as a fleeting memory on the other side.

The kaleidoscopic sphere is something like a disembodied spirit, no longer identified with the former host body, of which it’s been cleansed, and without thought or memory.

On the right is a giant ball or cavity, depending on how you look at it (a deliberate optical illusion on my part), that represents the overpowering, crushing reality of the void. Notice it is poised ominously above the heads, as if it could bounce on them or roll over them. The spherical spirit only produces a slight glow as it merges with the void. The spirit will evaporate and be (re)integrated with the timeless, space-less potential of the void.

Notice the head on the left is not looking at the giant ball above it, but averting it’s eyes back to the material realm soon to be left inexorably behind. For what it’s worth, according to the Bardo Thodol, or The Tibetan Book of the Dead, most people would prefer to be cast onto the rack of any incarnation rather than face obliteration in the void. I meant for there to be an element of the mysterium tremendum to this image: the wholly appropriate fear at the foot of god, to put it bluntly, though not exactly literally.

The interpretation isn’t as important as just the general feel of a place or places outside of consensual reality, an intersecting of realities, and the possibility of non-corporeal existence, however ephemeral and subjective. It should be a little frightening, as is any sudden immersion in the unknown and unforeseen. At some point in the future I may share my original inspiration for this piece.

I guess that a lot of people might react to the image from the vantage of how it appears to coincide or conflict with their own convictions about reality, religion, science, reason…It’s based on subjective conscious impression, and any relation to extant belief systems is unpremeditated, though as I mentioned the bodiless immersion in a void happens to coincide closely with some Buddhist concepts of experience in the immediate aftermath of death.

For the record, I don’t presently believe in reincarnation, paradise, immortal souls, or an omnipotent and omnipresent intervening God. If there were a beliefs check list I’d have to leave those boxes unchecked. I do believe that people surround themselves with a cocoon of assuaging beliefs to shield themselves from the harsh indifference of reality and the possibility of unforeseen terrible events. And while that cocoon may contain ideas of an afterlife in order to distance oneself from the inevitable obliteration of one’s ego, it can also be made of another thread of comforting self-deceit that there is no greater or more intimidating reality possible beyond the familiar day-to-day existence we plod along in, scheming and collecting, and none we will ever be subjected to finding ourselves enveloped in (particularly none our precious, unprepared, calcified egos will be held accountable in via the betrayal of our own weaknesses of pride, greed, arrogance, stupidity, and self-attachment).

In the image I created one dies alone (there’s no one else out there), and among the first things to go, along with everyone else and the normal appearance of matter and space, is the simulacrum we accept as our culture and civilization. Ones desperate and tenacious grasp on everything we’ve built up, all our history and systems of meaning, is finally painfully wrenched from us. Language stops. One is peeled to sheer consciousness suspended in an infinite void.

You don’t have to agree that such an experience can exist to appreciate the image – though to a degree as much as it conjures it than it stands as evidence of it – one just needs to be willing to entertain the possibility for an instant. Hopefully it makes people a bit uncomfortable, but also may open a small porthole in imaginative consciousness.

This piece got a “Daily Deviation” on Deviantart, which you can see here. 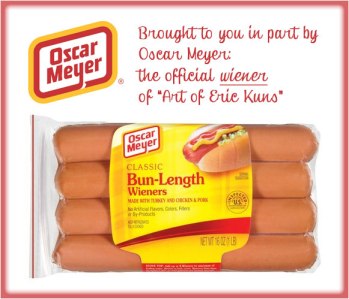 3 replies on “Death, Dissolution, and the Void”