No, political views are not genetic, like eye color

Haven’t done a political rant in a while, but this dreck needs to be slammed. Studies crop up here and there asserting that political views – whether one is liberal or conservative – are the inevitable consequence of biology, whether it’s genes or a generational flux. Such studies are bogus and irresponsible, and operate under a simpleminded and foregone conclusion that political views are no more important than being left or right handed. The authors of such studies try to peddle their half-baked conclusions as truths that will help people understand and accept their political rivals. In reality they support the most pernicious and destructive acts of businesses and governments by justifying deliberate acts of selfishness and cruelty as harmless instances of biological diversity.

The latest such study hashes out a slew of easily countered conclusions. The article, Genetic and Environmental Transmission of Political Orientations, appears in a journal of Political Psychology,  and was reviewed in the Huffington Post here. Part of the problem is evident in the title, which presumes that political stances or conclusions are an “orientation” to begin with, and something like personality. They are not.

The problem is that even if identical twins absolutely have more similar political views than other siblings, it doesn’t prove it’s the consequence of genetics. I can dismantle their argument with one simple idea. Twins will be treated much the same by their family and peers, hence have a much more identical upbringing than do fraternal twins, who may not even be the same gender. If this were not the case people wouldn’t bother getting plastic surgery. The slightest differences in appearance and dress can have huge effects on the way were are perceived and treated by others, and thus our orientation to them and the world. The study does not allow for this explanation, and therefore isn’t a controlled experiment. It also does NOT study twins separated at birth, which would be far better indicators of the role of genes.

Identical twins Oskar Stohr and Jack Yufe were separated within six months of birth, when their Jewish father and German mother divorced. One was raised a Catholic and a Nazi, while the other was raised as Jewish. Oskar, raised in Germany, became politically conservative. Yufe, on the other hand, who grew up in Trinidad, became liberal. A far more interesting and valid study would be to find the plausible reasons why twins diverge in their politics, if and when they do. Further, as many people do not have strong political views one way or the other, and just follow fashion, only committed political views should really be considered.

Another thing to consider is that identical twins tend to identify more with each other than do other twins, and in turn to be more influenced by each other, in which case they are more likely to share political views. These simple explanations refute the conclusions of the study. The researchers themselves operate within a flawed paradigm that sees political views as an element of personality, rather than of reasoned strategies and logical conclusions. For example, I am not against the continued use of fossil fuels as a consequence of my DNA, but because overwhelming scientific research shows that it will bring about the demise of our species. My conclusion is not equal to that of the CEOs of major oil companies who have a vested interest in a continued dependence on fossil fuels, in the way that blue eyes are equal to brown eyes. We can examine the views reasonably, and rationally defeat the inferior argument.

The researchers are politically irresponsible, and thus in the back pocket of the powerful elite whose conservative politics are designed, and enormously succeeding, at increasing their power and affluence over everyone else. Politics are not a matter of choosing Italian or Chinese food, but a life and death battle over limited resources. For most people, conservative politics are designed to defeat the mass of humanity, and liberal politics to insure their survival. Whether one supports a raise in minimum wage has more to do with if one is a worker or an employer than if one has red or black hair. To indicate otherwise is to gloss over the issue in an attempt to hoodwink workers into accepting lower wages.

According to Macrina Cooper-White of the Huffington Post, “The new study comes at a time of intense political polarization, especially in the federal government, and the researchers believe it may offer insights and a possible way to ease tensions.”

Such a conflict in America is NOT mere discord between personality types, but between the 1% and the 99%, between those who want to glut themselves on unimaginable wealth, and everyone else who is just trying to get by. When African Americans marched for the right to vote or end segregation, it wasn’t because they got the gene for protest, it was because they refused to be treated as if their lives weren’t worth as much. Politics are more than just emotions or general proclivities of personality types. The “conservative” politics of the right wing in America are often coolly researched and planned strategies to side-step the law to accrue wealth and power.

Co-author of the study, Dr. John Hibbing, argued, “It is pleasant to believe our political foes are merely uninformed but often times (not always) they are well-informed but just have different predispositions.” For him, the views may be more or less equal, in a yin-and-yang balancing act, and compromise may be the solution. The compromise is usually, however, between too little and nothing. What is the compromise between living month to month and being homeless?

That kind of milquetoast thinking is just finding excuses for social cowardice. We know that social change has demanded great sacrifice, because those who have power, whether they are the few at the top or a large class of people, don’t want to share it with other genders, races, or people from other countries. Women, blacks, immigrants, minorities, the poor, gays, and all marginalized peoples have had to fight conservatism in order to survive. They’ve had to put their lives on the line. Politics don’t just reflect some “orientation”, but are a fight for survival for the majority of the human species. When representatives of the countries that are most vulnerable to climate change, such as Ecuador, fight to reduce fossil fuel emissions, it is in the name of the survival of their country and people. This isn’t about Cheddar or Swiss. Are you really comfortable with the idea that the most important decisions that will be made, and that will have the greatest effect on people, are merely going to be the result of the same forces that snap a crawling maggot’s head to the left or to the right?

So-called “conservative” politics in America are designed to insure and increase the power of the status quo, and today it is to the point of the ridiculous, where the richest few don’t want to share the tiniest of crumbs with the rest of the population. Whether one is for or against a war, and whether or not one approves of other people being blown apart by bombs or riddled with bullets, is not a matter of genetic predilection, but an on-the-spot decision based on selfishness or selflessness.

Your politics are not your genes, but your character. They are a reflection of ignorance or wisdom, selfishness or generosity, bravery or cowardice. They are based on rational conclusions, one’s own or someone else’s (as in the case of assimilating government propaganda), and you are responsible for them. Bogus studies that ascribe political views to innate orientations conveniently absolve one of all social responsibility or culpability, and excuse the corporate criminal, the exploiting multinational corporations, the murderers and torturers.

At this point our species is on the brink of destruction due to environmental destruction, which is something any competent scientist will tell you because they unanimously agree on it. There are dire predictions of the collapse of civilization within this century (adding just one more ordinary example to the precession of already collapsed civilizations). And yet, as a species, those in control are hastening this demise. The short term fabulous wealth of the few is in conflict with the long term survival of our species. Where one stands in this tug-of -war is of life and death importance to our species and the other life on our planet. There are some clear rights and wrongs, and there are arguments that defeat other ones. There is such thing as rational behavior, and suicidal, irrational stupidity. To argue that one’s stake in this struggle is just a matter of genetics is at best goofy, and at worst the drivel of the lap dog of the tyrant.

The bad news is you can’t just pass off your political convictions and allegiances as biological. The good news is you can make informed and intelligent decisions, and act on them.

5 replies on “No, political views are not genetic, like eye color” 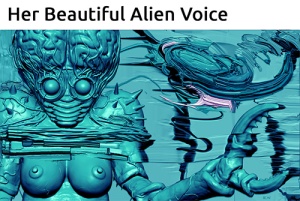