Kerry’s thumbs up for war too enthusiastic

Secretary of State John Kerry has been talking tough, standing firm, strutting and posturing, swollen with pride in American military power. And he makes me sick. On September 9th he accused Assad, “He sends airplanes to napalm children,” as if America hadn’t killed an estimated 200,000 Vietnamese, including children, with napalm. Later in his press conference, he said, “We’re not talking about war. We’re not going to war.” Imagine someone targeting missiles into America, in order to take out the Obama administration, and that not being an act of war.

Kerry threw down the gauntlet to Assad (who, by the way, is a monster who deliberately bombs hospitals and schools), giving an ultimatum to cough up all his WMDs within a week: “He can turn over every single bit of his chemical weapons to the international community in the next week. Turn it over. All of it, without delay. And allow the full and total accounting for that. But he isn’t about to do it.”

I like the time frame here. Don’t give them two weeks to avoid a war. We need an arbitrary deadline that can’t be met. I’ve seen this card played before. ‘Twas in the run-up to the war on Iraq, when Saddam offered to let the weapons inspectors search his palaces, after they didn’t turn up WMDs anywhere else. No WMDs would mean no war, so we needed to find an excuse to go to war. Bush donned an invisible cowboy hat and boldly declared in a speech: “Saddam Hussein and his sons must leave Iraq within 48 hours. Their refusal to do so will result in military conflict commenced at a time of our choosing.” See below if you want to relive the horror and inanity.

What, I wonder, will happen if President Bashar-Al Assad doesn’t relinquish all chemical weapons within an impossibly short deadline? And, to show that we are anything but hypocrites, will we also be turning over all of our own chemical weapons, such as white phosphorus and depleted uranium to the international community as well?

If only this were really about Assad using chemical weapons, assuming he did. If only Obama and Kerry really cared about gassed children. Then, they’d also, by logical extension, care about American children as well, which, to be fair, they might, just really a lot less than they care about Wall Street banking executives.

And I thought of something we can all do about this. Not buy into it! If the vast majority of Americans (as well as everyone else) is opposed to the war, it will be tough to go ahead with it. If the polls say that 90% of Americans are against it, Obama may have to throw in the towel. At the onset of the war on Iraq, 49% of Americans supported it. Currently there isn’t that kind of popular support for a war on Syria.

But now there is the ongoing war for the support of the American public. The Oh-bomb-a administrations needs to get those numbers up, and they are doing everything they can to do just that. There is some hope, however slim, that we can influence each other to not be duped into believing the fairy tale they are selling us. If we can just resist the pressure to BELIEVE, we may be able to avert disaster.

If we can keep the wool from being pulled over our eyes by staged consensus on commercial news broadcasts for another week or two, Kerry may have to detumesce, and Obama back-peddle. Let ’em lose face. Humanity is more important than a couple sell-out politician’s egos. 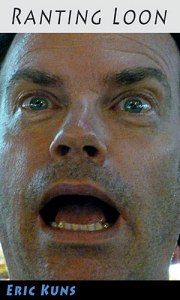 For an outspoken Australian view on the looming war, including how her country is being brainwashed by patriotism to side with America, check this out: Patriotism is a Farce.

3 replies on “Kerry’s thumbs up for war too enthusiastic”