Borge Obamush, and the opportunity to capitalize on a new war

I’ve heard all this rhetoric before. Suddenly there’s the perfect opportunity to go to war with Syria, and Iran, with decade old rhetoric. Last time we wanted to go to war there was the question of WMDs. It was all about the WMDs. Saddam Hussein had them, and he might use them on US. We needed to be afraid, and out of our fear we needed to lash out and depose the enemies who God was against, and who were somehow inherently different than us. The weapons couldn’t be found in Iraq, but we knew they were there. Saddam was hiding them in his palaces. We were not fools. But then he let the weapons inspectors in his palaces and there were no WMDs.

Weapons inspectors had been in Iraq before and couldn’t find any WMDs, and we’d had “Operation Desert Fox” during which we’d shot 100 missiles into suspected weapons sites. Nobody talked about that though, or that nothing could be found after that, because we wanted a brand-spanking new, full-scale, old-school war. A war that would go down in the annals of history. There would be an equestrian statue of our brave president, even if that would be a bit anachronistic. Eventually we got bored of looking for the weapons we knew the wily dictator was hiding, perhaps behind his mustache, and we decided to have a showdown. Our president gave him 2 days to get out of Iraq, or else. We gave them “or else”. We gave ’em hell. Over a hundred thousand civilians died. We showed ’em good, real good. We shocked and awed them to death.

But then we found out that Saddam didn’t have any WMDs. Nothing. We went to war with a preemptive strike – shoot them first because they might shoot us later – against an unarmed opponent. In the end the Iraqi people themselves paid the price. And the soldiers.

This time we found a fix. Let’s start with proof of chemical weapons being used against their own people. There’s no more need to search for nonexistent weapons in order to justify war. We have our ticket. We are dancing in the street. For every person who died in the chemical attack, we will insure thousands or tens of thousands more will die. It’s a death fest! And it’s going to be glorious.

Obama has morphed into Bush.

Lets do it again!

Brought to you by 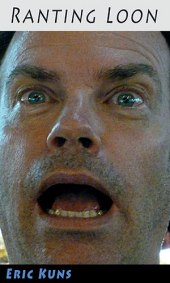 6 replies on “Borge Obamush, and the opportunity to capitalize on a new war”